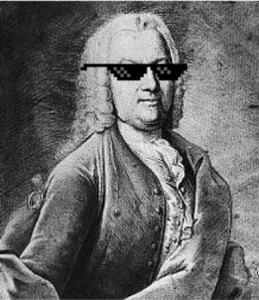 Johann Georg Pisendel was one of those artists who undoubtedly marked the European music scene of the first half of the 18th century. He was a reference for performers and composers of his time and his legacy continues to surprise us and discover fundamental and unknown aspects of the Baroque musical world. Still, Pisendel remains a great unknown.

He was a student of Torelli, Montanari, Heinichen or Vivaldi, with whom he also cultivated a deep friendship. His friends were also Bach, Telemann, Graupner, Zelenka, Hasse or Graupner. From among this wonderful list of friends we know that Bach wrote especially for him and that Vivaldi, Telemann or Albinoni dedicated sonatas and concerts to him. As teacher, Pisendel had students like Quantz, Benda o Agricola. In addition, Pisendel was a talented composer, one of the greatest virtuosos of the eighteenth century and an avid collector and painstaking copyist who managed to gather in his archive for the orchestra of Dresden over 2000 scores, making his collection one of the most important archives of the first half of the eighteenth century. In addition, his collection is  the second largest collection of music by Antonio Vivaldi (only surpassed by Turin).

As if this were not enough to awaken our interest in Pisendel, there are those who say that Veracini jumped from a second floor in Dresden because of him or that he was persecuted by the secret police in Venice…

Pisendel was born on December 26th, 1687, following the Julian calendar of the time (used in Germany until 1700) – what corresponds in our current Gregorian calendar to January 5th, 1688, – in a cozy little house in Cadolzburg, a small German city in Bavaria. There, his father Simon Pisendel (1654 – 1719) worked as a singer and organist since 1680.

In 1697 he entered the choir of the Royal Chapel of Ansbach where he studied singing with the maestro da cappella of the Duke of Ansbach, Francesco Antonio Mamiliano Pistocchi (Palermo, 1659 – Bologna, 1726), known by the nickname of Pistocchino, and violin with the great Giuseppe Torelli, one of the most acclaimed musicians of the time and professor of Antonio Vivaldi.

Precisely we know that Torelli was a teacher of Vivaldi thanks to Pisendel, who had the opportunity to copy from the Torelli’s archives a sonata composed by Vivaldi. Pisendel kept the sonata and years later took it with him to Dresden. The score lost on the way (or over the years) several pages, including the cover, where Pisendel wrote the name of the composer, so the piece remained silent in Dresden as an anonymous work until 2014, when it was identified and interpreted for the first time in modern times by Scaramuccia in the program De Musyck Kamer of the Dutch radio Concertzender. Now it is cataloged as the Trio sonata for violin, cello and continuo in G major RV 820

Friends of Youth: Bach and Telemann

In 1709 he leaves Ansbach to go to Leipzig to study law, on the way he stops in Weimar to meet Johann Sebastian Bach.

It seems that the admiration between both musicians was mutual and that Bach was impressed by the talent of the young Pisendel. From this first meeting, Pisendel took the score of the concert TWV 52: G2 by Telemann copied by Bach himself.

We know that the extremely virtuous and high violin solo of Bach’s B minor Mass was especially written for Pisendel and that Bach and Pisendel kept in touch for the rest of their lives, exchanging their own music and that of other composers. The close musical relationship between Bach’s Sonatas and Partitas for solo violin and Sonata for solo violin by Pisendel or the fact that we still do not know whether the Sonata for violin and continuo BWV 1024 was written by Pisendel, Bach or as a collaboration between both artists are evidence of the close Bach-Pisendel relationship.

It seems that during the period in which he was in Leipzig Pisendel did not waste time. As soon as he arrived in 1709, Pisendel impressed all his colleagues by masterfully performing a concert by Albinoni, he replaced Melchior Hoffman as director of the Leipzig Opera and became concertmaster of the group founded by Telemann, Collegium musicum. It was precisely there that he met Georg Philipp Telemann, with whom he would maintain a close friendship for the rest of his life, exchanging not only music but a personal and intimate correspondence.

Pisendel would leave Leipzig in 1712 to join the Dresden Court Orchestra, where he will remain for the rest of his life. As soon as Pisendel entered, he would embark on an exciting tour of Germany, France and Italy, playing together with the best musicians of the court.

When Pisendel joined the Dresden orchestra other concermaster was in charge, the Spaniard J.B. Volumier.

During these trips he would meet other musicians like Couperin or Vivaldi and learn from the greatest Italian masters, he would be pursued by the secret police in Venice and he would have his first and difficult encounter with Veracini, who would end up jumping from a second floor in Dresden, breaking his hip, one leg and literally opening his head, accusing Pisendel of everything, among many other things.

From his trip to Italy Pisendel brought the best music he could find, he had to use a smaller paper to copy it and to take less space in his luggage.

This musical treasure is the main theme of our first recording with Ensemble Scaramuccia:

Posted originally in Spanish on https://scaramucciaensemble.com/en/descubriendo-a-pisendel-esp/

Discover more about Pisendel in our blog

This site uses Akismet to reduce spam. Learn how your comment data is processed.